After several 'party years' of surf camping, SUP safaris, beach BBQs and the like, we felt it was time to be useful so BeachPeople started looking into the apparently unpredictable nature of the water quality in Poole Harbour.

Leafleting the homes and businesses from Whitecliff down to Sandbanks allowed us to connect with interested parties and potential sponsors and we raised enough funds to build our own water quality testing lab so that we could sample for E. Coli and Enterococci whenever we felt it neccessary, without having to drive the sample inland to a costly commercial lab.

We also tabled a question at BCP Council's Cabinet Meeting which made us a useful contact in the form of Cllr Mark Anderson (BCP Supports BeachPeople's Whitley Lake Campaign) who has actively supported the campaign since.

What became apparent in our research is that vast majority of human sewage in Poole Harbour is discharged by Wessex Water into Holes Bay (very close to Poole Quay) from where the outgoing tide carries it past Poole Quay, several busy yacht clubs and then to Kite Beach before (hopefully) being washed out to sea. 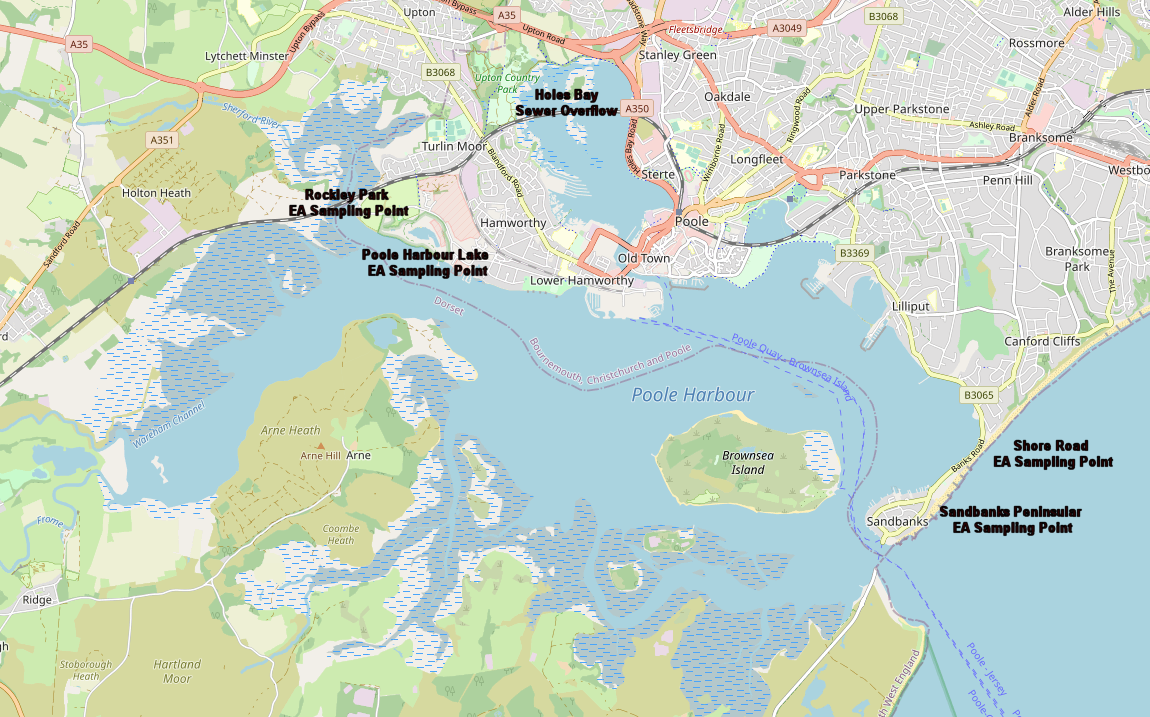 Most of this sewage (44,000 metric tons per day) should be treated and therefore safe (if not particularly pleasant), however, current UK regulations allow water companies to discharge unlimited amounts of raw sewage at times of 'heavy' rainfall.

And this is where the problem lies in relation to Poole Harbour's water quality issue; there are no sample points down-tide form Holes Bay so nobody (apart from BeachPeople and its little lab) is monitoring the lower Harbour's Health.

The BeachPeople Whitley Lake Campaign has the following objective:

Sept 2022 - The BeachPeople report is nearly complete, as is the 2022 bathing season, and will soon be sent to Defra to be assessed.  We have full support from BCP and PHC - the two main stakeholders - and about a dozen smaller interested parties so we hope that the consultation period undertaken by Defra will prove smooth sailing and the EA will visit Kite Beach regularly from summer 2023 onward.

This in turn will, we hope, give Wessex Water pause for thought before they elect to turn on the taps whilst literally hundreds of people are in the water or on the beach.